13 July in Palermo Italy there will be the official signature of the Chancellor Micari for the Agreement of the MOU between UCLA University and UNIPA regarding the Engineering Departments with cooperation and future collaboration for common projects in the research field, exchange of Professors and researchers and other cultural activities .
Instrumental for the initiative was Vincenzo Arcobelli member of the Council General of Italians living Abroad(CGIE) in USA and CSNA Founder,advocate and thanks to Council member of the City of Los Angeles Joe Buscaino committment and members of the international and the engineering department of UCLA and Prof.Cappello of IEMEST were able to accomplish this significant first step.
Business meetings, workshops, bilateral meetings aimed at cooperation objectives and the promotion of Sicily and Los Angeles California is the scientific resource terms and in terms of enterprise development. These are the main objectives of Sicily California-day organized on the morning of Wednesday, July 13, 2016, 11:30 hours, at the Iemest of Palermo .
This is the first of a series of events that have been scheduled for presenting to both parties investors and the Californian university academia and the scientific community Sicilian businesses to assess opportunities for collaboration and innovation through the exchange of capabilities, technologies, products and services.
The focus of this first meeting ( “Presentation Euro-Mediterranean Institute of Science and Technology and the presentation of the interest of the italian business exchange delegation” areas) will be focused on the presentation of the scientific community Iemest, research projects already underway and some cases of particular interest for applications experimentation.
Over the next appointments will be scheduled one-on-one meetings between universities and research institutions, buyers, companies and researchers to deepen and develop the shared interest proposals.
Among others, the American delegation of Wednesday, July 13 will be present: Commander Joseph “Joe” Buscaino, City of Los Angeles, 15th District; Councilmember Gilbert Cedillo, City of Los Angeles, 1st District; Councilmember David Ryu, City of Los Angeles, 4th District; Councilmember Mitchell Englander, City of Los Angeles, 12th District; Tom Gilmore, president, Sister Cities of Los Angeles; John Viola, president and chief operating officer NIAF, the National Italian American Foundation; David Di Cristofaro, executive vice-president and lead region president, Wells Fargo Bank; Paul Pagnone, president, Italian American Museum of Los Angeles / Principal, PiedmontInvestment Company; Olga Garay Inglese, independent arts consultant and former executive director of the Department of Cultural Affairs, City of Los Angeles; Mary Carley, senior director, Business Affairs at the Los Angeles Tourism & Convention Board; Branimir Kvartuc, communications director for the Office of Councilman Joe Buscaino; Sandra Ciaramitaro, council aide and Special Events coordinator for the Office of Councilman Joe Buscaino.
For Iemest will be present: President Bartolomeo Sammartino, the general manager Francesco Cappello and the scientific directors of the departments. At the meeting will take part also Representatives of CSNA a no -profit organization that promotes the italian culture in USA and exchange educational program. 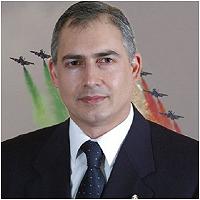