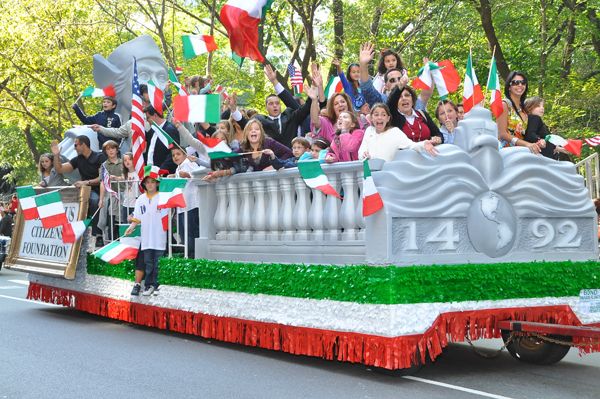 New York – On Monday 14th October the streets of New York were lined with thousands of Italian-Americans eager to celebrate the voyage that led to their ancestors leaving their homeland of Italy, full of hopes and dreams, to commence a new life in this unknown land. The actual date of Christopher Columbus’s landing in the Americas was 12th October 1492 but the official state holiday in the United States is now fixed as the second Monday in October. The Italian name of this explorer is Cristoforo Colombo and he was born in Genova in 1451. 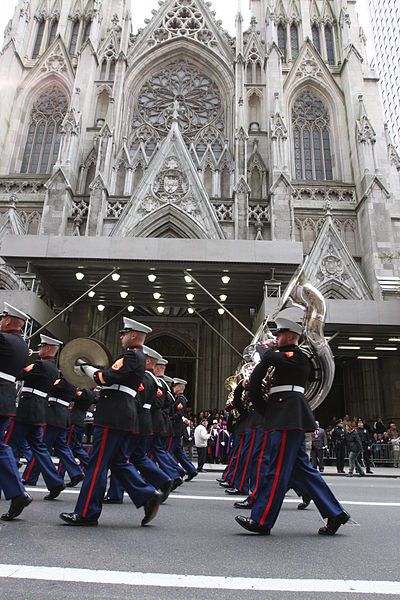 In New York there was an enormous street parade commencing at 11.30am on Fifth Avenue at 44th Street and continuing north along Fifth Avenue to 72nd Street where it concluded at around 3pm. Over 35,000 people participate in the parade each year which is known as one of the world’s largest celebrations of Italian-American culture. More than 100 bands and floats took part in the parade and over half a million spectators filled the streets of Manhattan. There were traditional folk dancers, street performers and vintage cars to enjoy along with a wealth of other entertainment.

The Columbus Day Parade has been organised annually by the Columbus Citizen’s Foundation since 1929 who state that the parade ‘celebrates the spirit of exploration and courage that inspired Christopher Columbus’s 1492 expedition and the important contributions Italian-Americans have made to the United States‘.

A traditional Columbus Day Mass was held at St. Patrick’s Cathedral on Monday morning, which in the past has featured performances by the Children’s Choir of Palermo and talented tenors such as Salvatore Licitra. The weekend before the parade an annual Gala Dinner is traditionally held at the Waldorf Astoria Grand Ballroom and attended by leaders of both the United States and Italy.